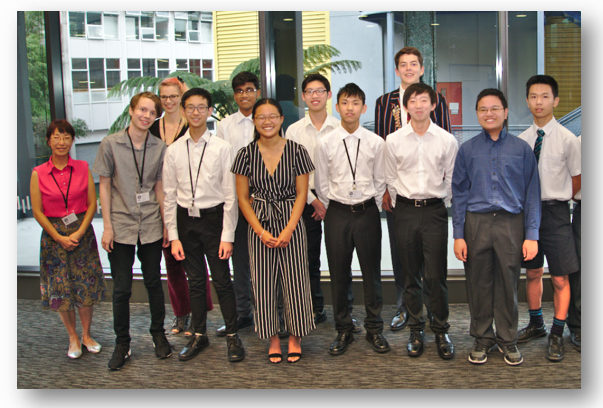 In April this year Hamish Baguley of Year 12 was selected as one of six students to represent New Zealand in the International Maths Olympiad. This selection was the culmination of an arduous testing process with eye-wateringly difficult mathematics problems. We are very proud of Hamish for making it into the team.

Since April, he has been training virtually with the New Zealand team for the 61st International Mathematics Olympiad, which was scheduled to be held in St Petersburg, Russia, but will now be run online.

Wellington College was last represented in the NZIMO team in 2017 by Yiannis Fam.

You can follow Hamish and the NZ team's progress on the IMO website below, and try some questions out for fun. by clicking here.