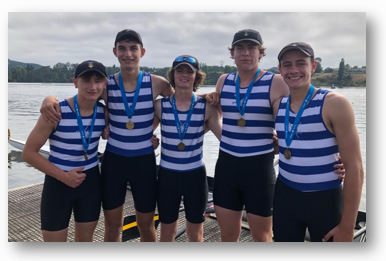 Between the 24th and 27th of January the Wellington College rowers competed in the North Island Club Championships. This is a huge regatta with over 2000
competitors. The rowers and their coaches have been working hard all summer. The results speak for themselves; competing for the Star Boating Club our rowers won 2 Gold, 2 Silver & 2 Bronze medals with success in every age category. Twelve boats made A Finals & and a further eight boats made B Finals. We are looking
forward to the North Island School Championship later in the term and thank the coaches and other volunteers who are having such a positive impact on our rowing club.